“Working with Tyra involves fascinating engineering work. It is fantastic being a part of a prestige project like this and helping to make a difference”, says Tonny Klein, CEO at SubC.

The Tyra field is located in the Danish Sector of the North Sea, 225 km west of Esbjerg. The field has been the centre of Denmark’s national energy infrastructure since 1984, processing 90 % of the gas production.

The redevelopment of Tyra ensures continued production from Denmark’s largest gas field by extending its operational lifetime at least 25 years. This means that Denmark can remain self-sufficient with gas.

The Tyra Redevelopment started at the end of 2017 and is expected to be completed in 2022.

The objective for solving the project was to perform the work in the splash zone without having personnel in the splash zone. Therefore, we decided to use our special Robotic Crawler equipped with various special designed diamond wire cutters for the job. The job thereby could be operated from our containerized control unit placed safely on the topside of the platform.

The Robotic Crawler can hook onto the structure and safely crawl to the required position where it can perform its tasks. Once in position, the tool application is activated, and the job is carried out from a stable working-platform even with waves hitting the crawler every few seconds. The system is based on a topside operated access solution, from a cockpit located in the containerized control unit placed safely on the topside of the offshore platform. From this, the operator controls the robotic crawler and operations are performed without the need for a support vessel.

Patent is pending on the Robotic Crawler system.

After the completion of the campaign Henrik Fur Lisby, Structural Engineer at Total E&P, stated:

“Yesterday’s completion of the TEB, TEC, TEE, TWB and TWC spider deck clean-up is a huge milestone for the Tyra Redevelopment Project, and I would like to thank the entire team for a well-executed and incident-free offshore campaign. Thanks!”.

Ensuring enough space for the Robotic Crawler to operate

During most of the campaign, it was vital to remove light steel structures to ensure enough space for the crawler to operate. In this connection, we developed the “Grabber and Wire Diamond Cutter Light”. This application was lowered from the topside to the splash zone, where it grabs, cuts and remove the steel structure.

Complicated cuts in the splash zone:

The Grabber brought the light steel structures to a safe position on the platform afterwards.

The first part of the campaign was to cut tubulars on the spider decks. In this connection, we developed the Wire Diamond Cutter applications.

The Robotic Crawler handled the tubulars after cutting and brought them to a safe position on the platform.

This part of the campaign involved our special developed Circumferential Wire Diamond Cutter for decommissioning of surplus steel structures from the main tubulars of the jacket constructions. The decommissioning was done safely and controlled; one section at a time.

“I am sure there is a larger market for the Circumferential Cutter in the offshore industry, as it inexpensively decommissions surplus steel structures without compromising with safety”, says Bjarne Lindquist, Subsea Specialist at SubC.

The special Grabber was used for bringing the structures to a safe position on the topside of the platform.

Before the Robotic Crawler, work in the splash zone was done using divers or rope access technicians. Work in this zone was full of inherent risk and could only be carried out when waves were no higher than half a meter, which is a rarity in the North Sea. Divers compare it to working in a washing machine where they need to remain in place while also avoiding becoming trapped under the structure.

From the beginning, Tonny Klein, CEO at SubC, knew that neither divers nor rope access technicians could resolve this task.

“It is too hazardous for personnel to work in the splash zone - while divers work underwater, rope access work takes place above the water line – and combining diving and rope access is not a workable option”, says Tonny.

The Robotic Crawler worked in 2,5 metres high waves and what is more, it can operate night and day - all time of the year. Thereby the Robotic Crawler system improves HSE and no incidents occurred throughout the campaign.

Although it is a complicated set-up, the crawler requires only a few specialists to operate. Before the Robotic Crawler, Total depended on a large set-up that costed a great deal of money in gear, manpower and support vessels. As mentioned above, they also dependent on good weather and calm seas, which required a great deal of preparation involving a lot of resources. The crawler solves all these challenges at once.

“Without the solution from SubC, these operations would have been considerably more complicated and there would have been much greater requirements to e.g. weather conditions. In short, the crawler has improved the safety, made the job cheaper to carry out and made our plans more robust”, said Morten Hesselager, Head of the Tyra Redevelopment at Total, in the Energy Insight Yearbook 2019.

Beside decommissioning of tubulars, the Robotic Crawler is also used for the following operations for Total:

Read more about the Robotic Crawler and its applications here 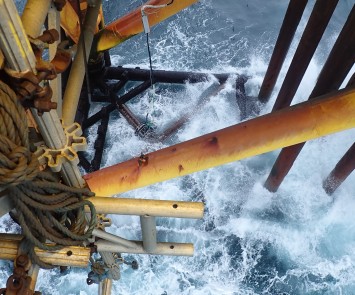 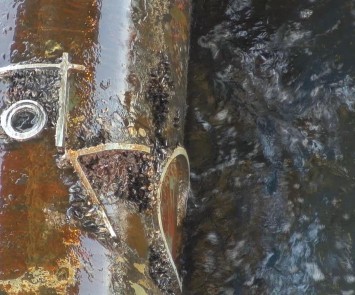 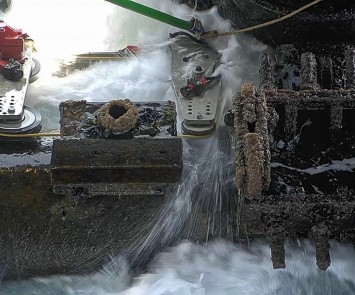 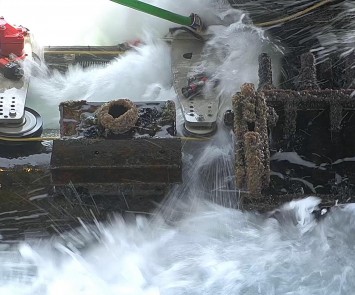 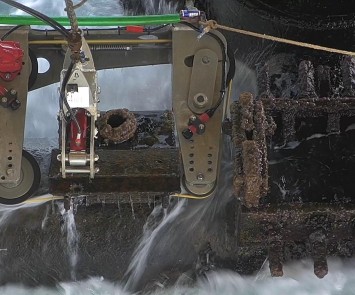 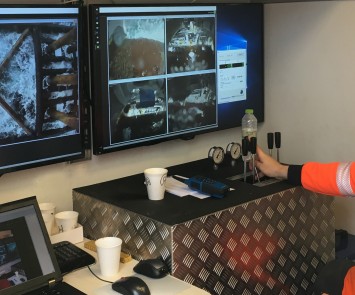